The great decline of the luxury watch industry

Since China announced the fight against corruption, the manufacturers of luxury watches are in deep crisis. Cheap variants should now provide a remedy. And one of Donald Trump’s election promises.

Jean-Daniel Pasche is in a quandary. “We support the fight against corruption,” assures the president of the Federation of the Swiss Watch Industry (FH), referring to the massive anti-corruption efforts in China, where expensive luxury watches have long been considered the number one bribery gift.

Tougher laws and a significantly increased luxury tax are intended to break through the felt in the people’s Republic. For Pasche and his industry, however, this important battle also has a dark side: “we are a side victim,” complains the Lobbyist.

What Pasche means can be seen in the current figures of his association. Sales of the watch industry in Switzerland collapsed by almost ten percent to just 17 billion euros in 2016, and the number of pieces is as low as it was at the time of the financial crisis eight years ago.

This has further exacerbated the already existing crisis of manufacturers such as Rolex, Omega or IWC. Juan-Carlos Torres, head of Vacheron Constantin, recently called 2016 “the most complicated year” at the Salon International de la Haute Horlogerie (SIHH) in Geneva, the world’s most luxurious watch fair. And he sees no improvement: “2017 will be even more challenging.“ 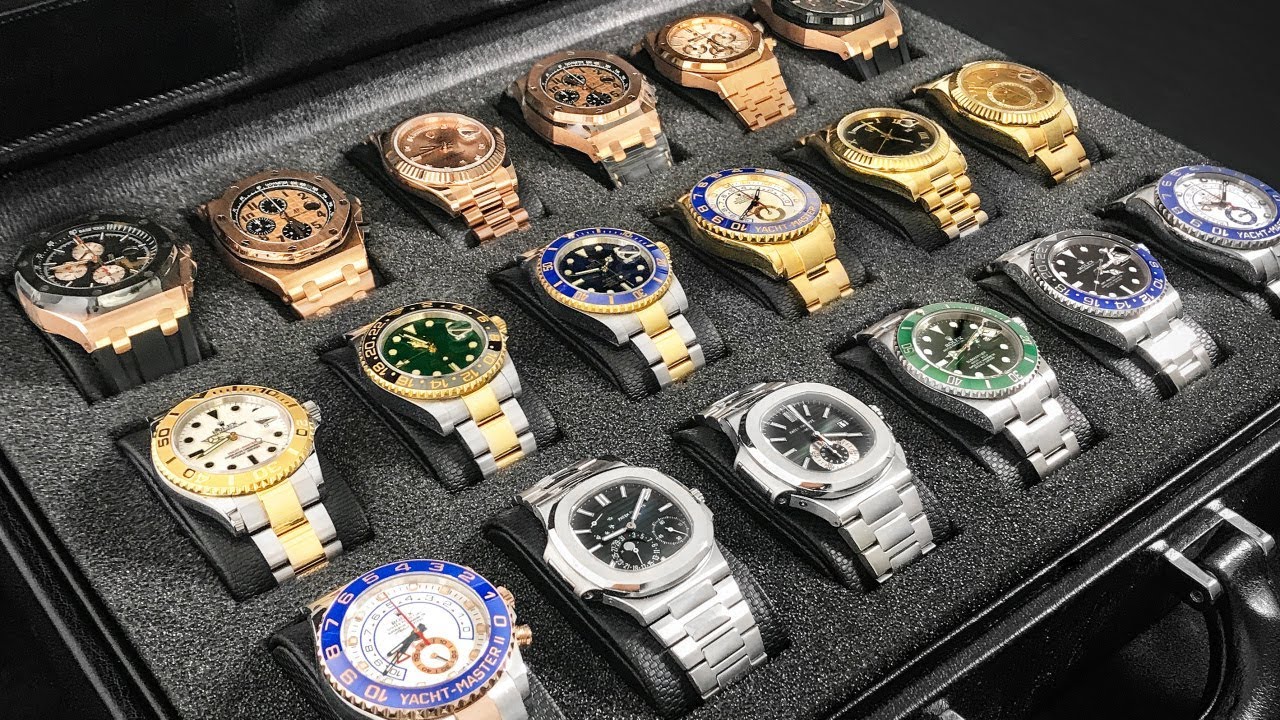 Luxury brand expert Klaus-Dieter Koch from the management consultancy BrandTrust even expects bankruptcies in the industry: “several manufactories will disappear from the market.”Even a large group at the back, such as the luxury giants Richemont or Moët Hennessy – Louis Vuitton (LVMH), is no longer a guarantee of survival. “The Portfolios are also currently being reviewed there.”And mergers of individual companies are not excluded.

China plays a central role in this decline. Sales in the world’s most important watch market are expected to have fallen by up to 30 percent, according to the industry behind closed doors. Behind this lies the weakening economy in the people’s Republic, but above all the fear of automatically being suspected of corruption with an expensive watch on the wrist. “Buying behavior has changed,” say retailers.

But it is not only in China and its Hong Kong Special Administrative Region, where most of the watch purchases take place. Sales in the USA are also declining significantly. And in Europe, terror attacks scare away the shopping-loving tourists from the metropolises. Luxury stores in Paris, for example, have far fewer customers than in previous years because of the fear of renewed attacks, but also because of unfavorable exchange rates.

“Uncertainty is the worst enemy in the industry,” comments Nicolas Bos, Head of the van Cleef&Arpels brand at Richemont. “Nobody buys extraordinary pieces when he is not in the mood.”

Focus is on “more attractive” models

Or if you do not like him. This is currently the case in many established markets in Europe. “Due to the over-commitment in Asia, watch manufacturers have long-neglected core markets such as Germany. This is now taking revenge“, describes luxury connoisseur Koch. “The Design, for example, was too focused on Chinese customers, who prefer Blingbling with embedded stones, while in Europe, and especially in Germany, rather restrained, simple Designs are in demand.”

Koch now expects a return to the traditional markets as well as to simpler Designs. And on cheaper variants. The SIHH has shown this. On the Cartier Stand there, for example, the display cases in the main hall did not contain, as usual, masses of jeweled timepieces for more than 100,000 euros, but variants of the new Panthère, which will hit stores in June for a comparatively modest 3,750 euros. The Baume&Mercier brand, which belongs to the Richemont group, even presented several entry-level models in Geneva for less than 2000 euros.

Strictly speaking, these are not even luxury watches. According to experts Koch, they only start at a price of around 5000 euros. Although there is still the other Extreme. Richard Mille, for example, charges an impressive 914,000 euros for the lightest chronograph in the world. And there are also innovations in the price range between 10,000 and 50,000 euros. However, the focus of most manufacturers is on “more attractively priced models”, as the trade fair in Geneva showed.

Manufacturers buy their watches back

To get them into the jewelry stores, the Swiss manufacturers themselves have to go on a shopping trip. As Joachim Dünkelmann, the managing director of the Bundesverband der Juweliere, Schmuck – und Uhrenfachgeschäfte E.V. (BVJ), confirms, stores in the retail trade are full.

Richemont, for example, owner of a total of twelve brands, including Cartier and Vacheron Constantin, invested more than 200 million euros last fall to buy back storekeepers. “There are no price reductions in the luxury world. If in doubt, goods will be taken off the market again,“ confirms BrandTrust Analyst Koch. According to industry estimates, 40 percent of Swiss watch imports last year were reimported.

The result is adjustments in production. “Capacity has been aggressively built up in recent years and must now be absorbed,” says Jean-Paul Jeckelmann, head of investment at Banque Bonhote in Switzerland.

Currently, German manufacturers seem to be excluded. Nomos Glashütte, for example, is developing in the opposite direction to the crisis in the industry. Sales at the Manufactory from Glashütte in Saxony increased by a staggering 24 percent in 2016. CEO Uwe Ahrendt even speaks of the highest turnover and most profitable year in the company’s history. “The German manufacturers recently had a better model policy and better market support,” says association representative Dünkelmann.

Nevertheless, the German market is in decline. In 2016, Watch sales were four percent below the previous year, reports BVJ. On the one hand, the industry had fallen behind the special effect of the franc release. “On the other hand, the number of tourists with sufficient purchasing power has decreased significantly,” explains Dünkelmann. And the export over the counter at some jewelers accounts for almost 30 percent of the business, as it is called in the industry.

Compensation could be Smartwatches, which are no longer only available in the technology trade. “Smartwatches are also playing an increasingly important role for jewelers,” confirms Association representative Dünkelmann. Especially since high-price providers such as Tag Heuer have entered the business and offer models for 100 to 2000 euros.

“In this way, manufacturers can address a new, younger target group,” says Jules Boudrand, director of the Swiss subsidiary of the consulting firm Deloitte. “These younger customers could be tied to the brand in this way and later switch to high-quality, mechanical watches.“

Millions of euros invested in advertising

In any case, the market is developing. According to the study, Smartwatches in 2016 already ranked the Swiss wristwatches in terms of sales volume. Probably also by a massive advertising print. The American company Fitbit, for example, invested almost 22.5 million euros in advertising last year – more than Breitling, Rolex, Patek Philippe, Omega, Tag Heuer and Hublot combined. This is the result of current analysis of the media and Marketing consulting company Ebiquity, which is available to the “Welt”. “The classic watch market is getting competition,” says Dietmar Kruse, Head of Ebiquity in Germany.

The manufacturers of Smartwatches to reach through expensive TV advertising, while traditional manufacturers focus on the Medium of Print. “This media strategy can be explained by high-priced products that are intended to reach an upscale target group with low scattering losses.“

However, Jean-Daniel Pasche cannot hide the fact that he urgently wants a change of mood for the overall market. The Swiss watch Federation chief’s hopes are even on Donald Trump: if the new US president cuts taxes for rich Americans, demand in the US is likely to rise again. And this country is home to the richest people in the world.

International Women’s Day: How Can we Create Safer Dating Environments for Women?

The Perfect Wedding Venue for Your Special Day

Why We Should All Learn To Sew

Why Do You Need to Follow the Recommendations for Wearing Safety Shoes?

What is Rolex Explorer?